Zoomlion Heavy Industry Science and Technology Co Ltd, one of China's major construction machinery manufacturers by production capacity, will conduct more greenfield investment in signatory countries of the Regional Comprehensive Economic Partnership in the years ahead, said a senior executive on Wednesday. 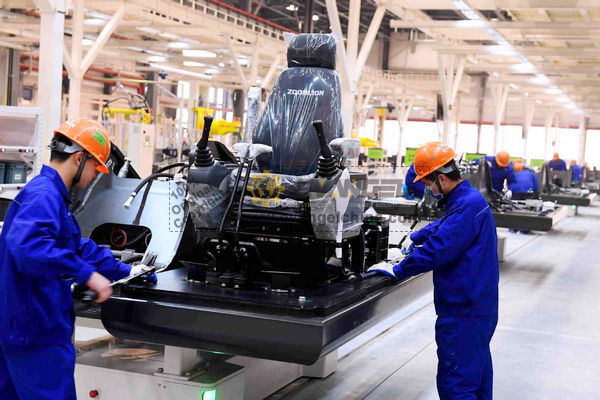 Greenfield refers to previously undeveloped sites for commercial development or exploitation. These sites offer several potential benefits for developers, including the opportunity to create new infrastructure from scratch, room to expand operations and shorter construction timelines.

Apart from establishing trading and financial leasing companies in Australia, Japan, Indonesia, Thailand, Vietnam and other countries in recent years, Zoomlion will further diversify its investment portfolio in RCEP-related markets for the next step, said Fu Ling, a delegate to the 20th National Congress of the Communist Party of China, and also the group's vice-president and chief engineer.

She said that the deepened economic integration of RCEP members and a growing number of infrastructure projects, driven by the tangible growth of the Belt and Road Initiative, will help the company ship more products to other RCEP markets over the long run.

Since the RCEP agreement came into force on Jan 1, it has delivered increasingly prominent dividends to companies through tariff concessions, trade facilitation and other policies. Trade between China and the other RCEP members reached 8.32 trillion yuan ($1.15 trillion) in the first eight months, accounting for 30.5 percent of China's total foreign trade, said the Ministry of Commerce.

"We will establish new plants and rely on localized manufacturing centers to grow business in key emerging markets and developing countries so as to clear the way for the transfer of mature production capacity from the home market, as well as the integration and allocation of the group's global resources," Fu said.

Uplifted by localization strategies and the application of digital solutions for its products — ranging from cranes and earthmoving machinery to concrete and construction lifting equipment — Zoomlion saw its export value soar 40 percent on a yearly basis between January and August, while its sales in Indonesia, the United Arab Emirates, Saudi Arabia and Vietnam jumped more than 100 percent year-on-year, the company said.

Besides planning to build factories in Saudi Arabia and Turkiye, Zoomlion currently is building logistics and parts supply hubs in Brazil and the UAE to reinforce its competitiveness in South America and the Middle East.

Boosted by soaring global demand, especially in developing markets, the total export value of China's construction machinery rose 28.6 percent on a yearly basis to $25.96 billion from January to July, according to the latest data from Beijing-based China Machinery Industry Federation.

Although facing protectionism and anti-globalization sentiment in certain parts of the world, China has been expanding high-level opening-up with concrete action and has been continuing to encourage domestic companies to grow their global market presence, said Zhao Ping, deputy head of the Academy of China Council for the Promotion of International Trade in Beijing.

"These moves will bolster cross-border business activity and speed up the global economic recovery, which is hampered by the COVID-19 pandemic, geopolitical tension and interest-rate hikes in developed economies," Zhao said.